FREE SHIPPING IN THE US ON ALL ORDERS OVER $199.

What Are The Benefits Of Saddle Hunting?

What are the benefits of saddle hunting?

Being a diehard bowhunter for over 15 years I am always still searching for new whitetail hunting tips and tactics to make myself more successful in the field. As any veteran bowhunter knows having everything possible in your favor is what makes harvesting trophy animals possible. And, until now, I had no idea of the benefits of saddle hunting.

Over the last decade, I've made every bowhunting mistake possible; not using the wind correctly, picking the wrong tree to sit, moving at the wrong time, not sitting long enough, and just plain out missing opportunities to name a few. Sometimes that's just how it goes, the animal outsmarts or outwits us, but over the last few years, the odds have started to turn more in my favor with the transition into saddle hunting.

It's been around for years.

Tree saddles really are that quite.

Save a few dollars.

Although saddle hunting has been around for over 30 years it has just recently made its way into the mainstream hunting world in the last few years. When I first heard about hunting from a saddle instead of a traditional lock on or climbing stand, I was hesitant and skeptical of its true benefits. Was this new technique something that would help me harvest more mature animals or just another gimmick in the outdoor industry that comes around so often. After about a year of being on the fence about saddle hunting, I decided to look further into it and at least give tree saddles a try. A week later I purchased my first tree saddle for bowhunting whitetails.

Once I received my first saddle, I had a lot to learn. I purchased it in the spring shortly after hunting season ended to give myself plenty of time to practice and become comfortable with it. As with anything, the more comfortable you are with something, the more confidence you will have in it. The first step was learning the setup and logistics of how it works.

Are tree saddles really that easy and light?

I was surprised at how easy this was, as easy as a lineman belt, something bowhunters already use while hanging traditional stands so this was an immediate benefit to me. Throughout the offseason, I would pack my saddle hunting setup with me on all scouting trips and practice hanging it in different trees. Since it’s such a lightweight tree hunting saddle, taking it on and off, and getting used to walking around the woods with it which wasn't a problem.

Tree saddles really are that quite.

After the first few trips, I would forget that I was even wearing the saddle and could be set up in any tree or location that I found in a matter of minutes. I also started to notice just how quiet it was during setup, something I hadn't considered before, but another benefit of saddle hunting (using the saddle) over traditional metal stands. I was already picturing myself sneaking in close to bedding areas and setting up without making a sound and it was only April.

The next step for me was to practice shooting out of a saddle. This was something I had originally worried about but quickly turned into a non-issue. When I realized just how secure I was to the tree and how the tree saddle and scout platform worked together to provide steadiness my groups become tighter than they had been shooting from a traditional stand.

Not only were my groupings great, but there was no such thing as not having a shot. Hunting from a traditional stand always meant having the trunk of the tree behind me, therefore blocking potential shot opportunities. But with the saddle, I was free to move around the tree giving myself a 360-degree shooting range.

As hunting season drew closer, I began to pick different deer stand locations that I planned to hunt at different points throughout the coming hunting season. Before owning my saddle hunting pack this would have meant picking trees, hanging different tree stands at every location, and then trimming shooting lanes, but now I was able to completely skip the hanging stands step. That meant I could spend more time looking for sign and perfect locations and less time hanging stands.

Save a few bucks.

Once I had all my spots picked out all I had to do was show up to the tree with my saddle and I would be ready to hunt. This had many benefits, the first and biggest benefit to me was the money-saving aspect. Instead of 10 different stands I now only needed my one saddle, and could still hunt every location, saving me from constantly buying new stands.

This was also a plus in the sense that I didn’t leave anything in the woods that showed evidence of me hunting these locations “Leave No Trace”. Another greatly added benefit this is other hunters wouldn’t be able to find my hotspots as easily and I wouldn’t ever have to worry about anything being stolen.

Coming down the pipes.

As my first season hunting with a saddle began, I saw the true benefits of its system from day one. I had 12 different hunting locations and didn’t have to leave a thing in the woods. I could pick and choose daily depending on the wind and deer patterns and always feel like I was giving myself the best chance possible to harvest a mature whitetail buck.

It was also quiet enough and more comfortable than a traditional stand that I was able to sit longer and disturb fewer animals coming and going from locations and throughout set up. It took me less than a year to truly see the benefits of saddle hunting, and I don’t plan on going back to traditional stands anytime soon.

A new year, a new season.

Now in mid-March, I am already missing being strapped into the perfect tree waiting on a mature buck to stroll by. Since switching to saddle hunting, I have been able to punch my big game tags earlier in the season to give us more opportunities to chase birds together.

I’d encourage any bow hunter to try out the benefits of hunting from a saddle. Get out of your comfort zone, try something new, and always remember to enjoy the great outdoors. 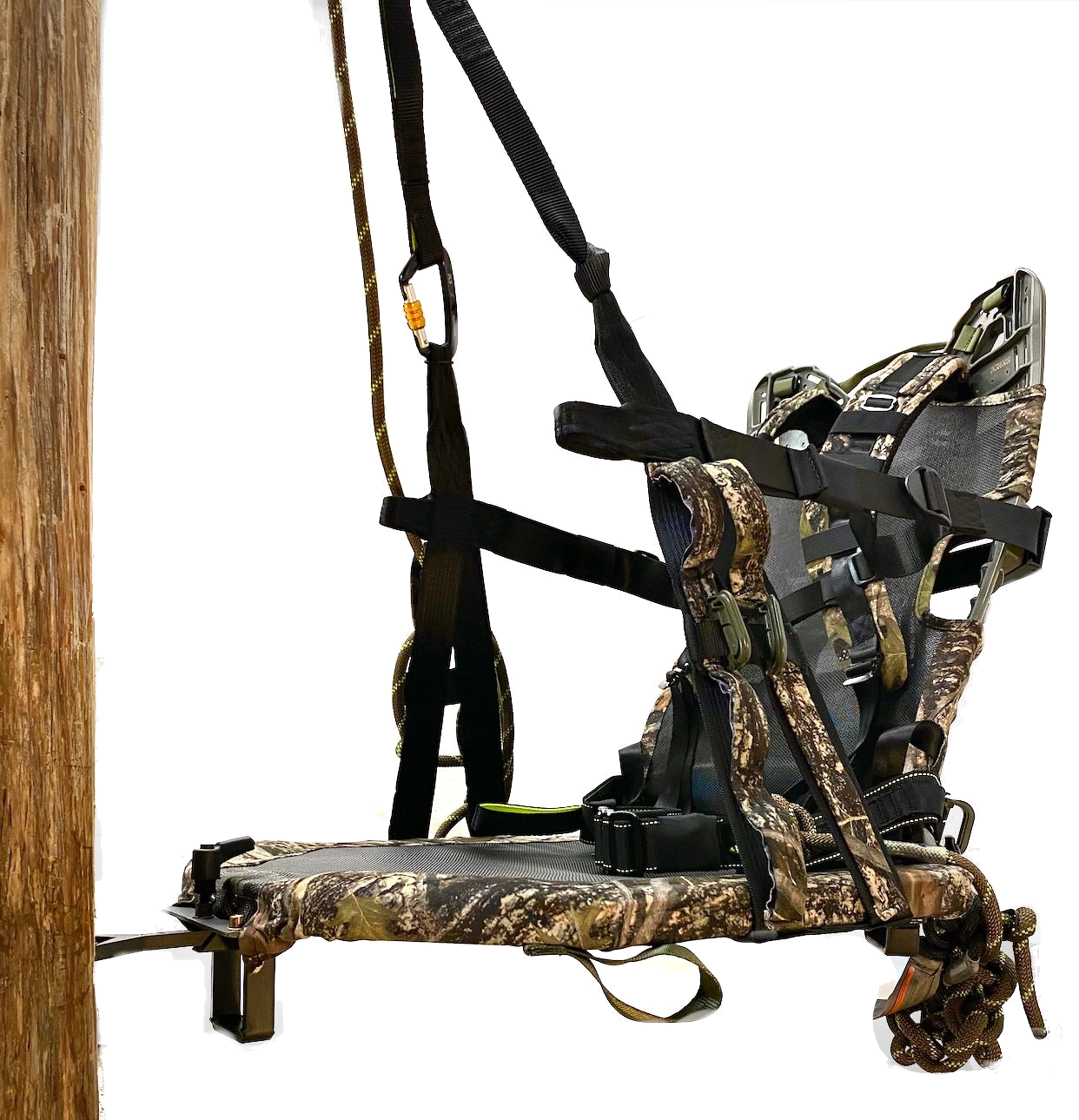